Multimedia powerhouse Tyler Perry steps into the character of Madea for her very last movie when Tyler Perry’s A Madea Family Funeral arrives on Digital May 21 and on Blu-ray™ Combo Pack (plus DVD and Digital), DVD, and On Demand June 4 from Lionsgate.

Tyler Perry revives his signature character Madea Simmons for her final film performance in this comedy to die for.

Madea and her family head out to a family reunion, but the trip becomes a nightmare when the party suddenly turns into a funeral and threatens to reveal sordid family secrets.

The Tyler Perry’s A Madea Family Funeral Blu-ray Combo Pack and DVD will be available for the suggested retail price of $39.99 and $29.95, respectively. 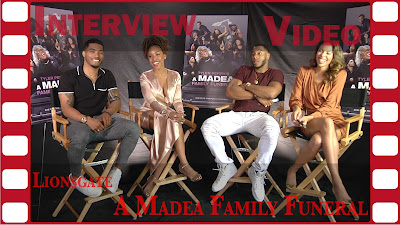 View all posts by mikethemovieguy →