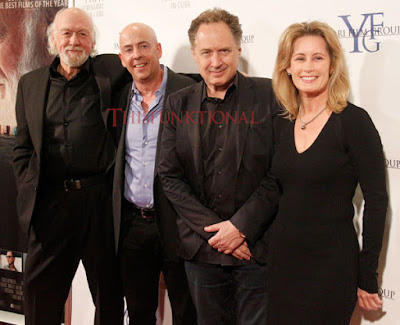 A story based on a part of the life of Hemingway that isn’t widely known, spectacular actors mixed in with real photographs bring to the big screen a great movie.

The movie premiered at the Arclight Cinema in Hollywood, Calif. with a small red carpet for some of the actors, the director and some of the producers, but also a magnificent show of support from actors and musicians from more than just the hispanic community of actors.

Check out photos from the red carpet:

is in select theaters starting April 29.