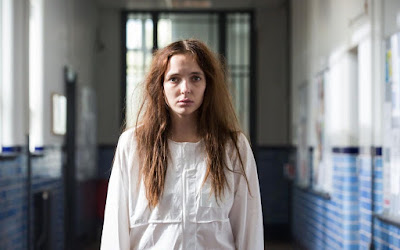 Going through this entire “Thirteen” mini-series on BBC in two days is one of the most emotionally draining things to do. The story of 26-year-old Ivy Moxam, played by Jodie Comer, and her journey escaping from her kidnapper of 13 years.

Comer is one of the main reasons this series is so captivating. Her acting helps keep the viewer invested in this series. She keeps this genuine feeling of anxiety throughout the entire 5 episodes. Ivy’s mother Christina, played by Natasha Little, father Angus, played by Stuart Graham, and sister Emma, played by Katherine Rose Morley, try to help Ivy adjust to the change in her life now that she’s free. Little has a worried and stressed way about her that brings a sense of motherly behavior. She is what ties this family together. Graham is more remorseful and seems to be seeking redemption. It’s strange how the contrast between the parents is clear from the start. Morley is a bit more traumatized, she has this feeling standoff feel to her character. She is fantastic at showing the growth of her character.

The two detectives investigating seem to be like the mother and father. DI Elliott, played by Richard Rankin, takes the sympathetic side who at points can be overly caring, while his partner DS Lisa, played by Valene Kane, is tough and reluctant to be friendly with Ivy. Rankin is stern yet friendly. He contrast Kane’s tough act and has a warmth to his character. It’s great to see the series of emotions he goes through each episode. Kane is more dry in her performance. She seems to go from being suspicious to being angry and very few other emotions. Kane and Rankin are a great good cop, bad cop duo.

The drama expands to add personal drama, family drama and readjustment to add to the legal procedural aspect. These human aspects all make it for a genuine feel to an intense story of a kidnapped victim who is still tortured by her kidnapper. The series has five episodes that all combine to have a fantastic finale.

I give this mini-series a 5 out of 5 Popcorn. The best part is definitely Ivy. Comer who plays Ivy just pulls in the viewer and never lets go. It goes through being suspenseful to thrilling to frightening and becomes beautifully haunting. There’s so many characters, yet it’s always obvious that the main character is Ivy. There’s five complete stories told in five episodes which could be binge watched back to back without being bored.