Actress Mary E. Kennedy talks with Jesus, @Thisfunktional of thisfunktional.com, about coming into Season 7 of “Shameless” as “New Fiona.”

Kennedy talks about feeling welcomed by the cast coming on set for the first time for season 7, the quick turnaround from auditioning to being on set and how her character fits in to the “Shameless” universe.

Mary E. Kennedy can also be seen on “Shattered” soon to be released. 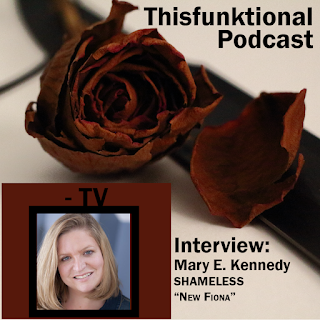