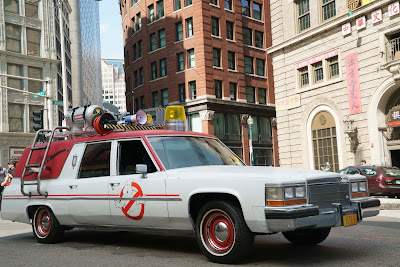 The all-new Ecto-1 original prop featured in Paul Feig’s new Ghostbusters film, parks at Universal CityWalk beginning July 14 to coincide with advance screenings of the much-anticipated film, kicking off that evening at 7 p.m. at the Universal Cinemas.

The iconic ghostbusting vehicle with an updated twist will be staged at CityWalk through July 18, providing fans with an up close look at the coolest car in town.